A Strong Case for the Use of Turmeric

A Strong Case for the Use of Turmeric

Over the past 10 years, turmeric consumption has sky-rocketed and global sales are soon to exceed the billion dollar mark.

Consumers are becoming increasingly aware of the  therapeutic value of this “Golden Spice”, which has taken its place among the ranks of super-foods.

The Historical Use of Turmeric 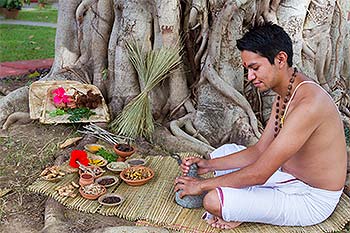 Turmeric has been widely used in Indian culture for thousands of years.  This aromatic spice flavours curries and its golden pigment is used for dyeing cloth.  The Indian Ayurvedic medical system has been using turmeric for its health benefits for around 3000 years. It is claimed supplementing your diet with turmeric has significant health benefits and reduces symptoms of heart disease, cancer, inflammatory conditions such as arthritis and improves brain functioning.  In Australia, we find turmeric products increasingly available in pharmacies, supermarkets and cafés in the form of powder, tablets and teas.  Why is this ancient spice becoming so popular? Is there any evidence to support the widely held belief that Turmeric has magical health properties? 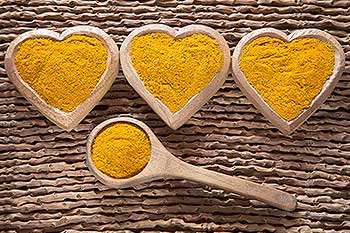 The body of medical research on turmeric is vast with thousands of published research papers and the evidence indicates turmeric does indeed have significant health benefits.

The active ingredient in turmeric is “Curcumin”, which has antioxidant and anti-inflammatory properties. Antioxidants are vital substances that protect cells from the destructive effects of free radicals. These are unstable molecules the body produces in response to various types of oxidative stress. These free radicals damage cells causing mutations and increase the risk of diseases such as cancer. By reducing cellular damage, through its antioxidant properties, curcumin reduces the risk of cell mutation. Curcumin is also thought to mediate a series of reactions that cause inflammation and thus assist in reducing symptoms of various conditions particularly arthritis.

Turmeric as a Treatment for Arthritis – Clinical Findings 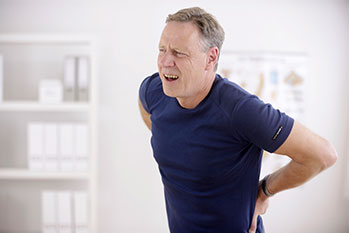 The anti-inflammatory effects of curcumin have made it a popular choice in the treatment of arthritis. It is estimated that 1 in 6 adults suffer from osteoarthritis (OA), that’s nearly 4 million Australians. Around the globe,  an estimated 240 million people suffer from OA and numbers are increasing annually. In addition to a healthy active lifestyle, treatment for pain associated with OA normally relies on Non-Steroidal Anti-Inflammatory Drugs (NSAID) such as Ibuprofen or prescription medication such as Mobic and Celebrex. NSAID drugs are very effective at reducing inflammation but they can have side effects such as gastrointestinal pain, ulcers and irregular heart rhythms.  Turmeric provides a safe, natural approach for arthritis sufferers.

Over the past 20 years there have been numerous studies on the use of turmeric (curcumin) for its anti-inflammatory properties.  A particularly interesting study in Thailand compared the use of Ibuprofen and turmeric to treat pain in patients suffering from OA. The study used 107 patients with OA. Pain levels were measured before and after the trial. Half the patients were treated with a dose of ibuprofen ( 4 x 200mg tablets daily) the other half received curcumin extract (2g daily for 6 weeks). They found no significant difference in pain levels in the two groups, indicating the anti-inflammatory properties of turmeric compare favourably to ibuprofen.  In medical research, the gold standard for testing how effective drugs or treatments are is the “Randomised Controlled Trial” (RCT).  If you take the data from many such studies and analyse their results collectively this is known as a Systematic Review and Meta-Analysis. These studies use the  “Cochrane Institute” method and follows strict criteria to remove random results and bias from the data.  In 2016, Following this method, The Journal of Medicinal Food published a review of global research literature on turmeric and found evidence to confirm its’ effectiveness. While recommending further large scale studies be carried out, they concluded Turmeric (curcumin) provides a “compelling justification for its use as a dietary adjunct to conventional therapy”. 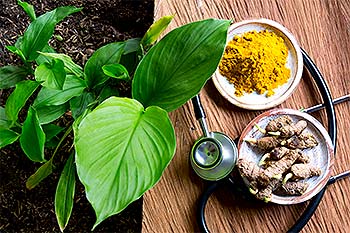 Turmeric as a Treatment for Chronic Diseases

The potential use of turmeric as a medicinal food to compliment treatments for chronic diseases such as diabetes, heart disease and brain degeneration is simply astonishing. We will investigate some of these claims in future articles. For now, it’s enough to know this humble spice does have scientifically proven anti-inflammatory properties. It is safe to use and as effective as medications such as Ibuprofen in the treatment of arthritis. This will be of great benefit to the estimated 240 million people suffering with this condition around the world.

Note. In therapeutic doses (500-2000 mgs daily) turmeric is safe to use. However, patients taking medications for heart disease (e.g. aspirin, warfarin) should consult their GP before taking supplementary turmeric. We would recommend 2-3 serves of GrunTea per day to get the benefits of the Turmeric and other spices.

Do not use our information:

We do not accept any liability for any injury, loss or damage caused by use of the information provided in our website.

The information may include the views or recommendations of third parties and does not necessarily reflect the views of the GrunTea Emporium or indicate a commitment to a particular course of action.

About the Author: Team GrunTea

The Team at GrunTea Emporium is based across the Atherton Tablelands, Tropical North Queensland. Like in our business, we strive in our lives to live a Heart Based Lifestyle. We do this by regularly checking to see if there are any other areas where we can embody greater harmlessness, more efficiency, or where we can use our collective energies and resources to help others and the earth more.